Hi Shane, hope you and the team there are well. Was good to see your posting on Instagram with the guys from Chausson visiting.
Anyways, thought id send you a virtual postcard, albeit somewhat belated… certainly making the most of the 640 and been away in it a lot. 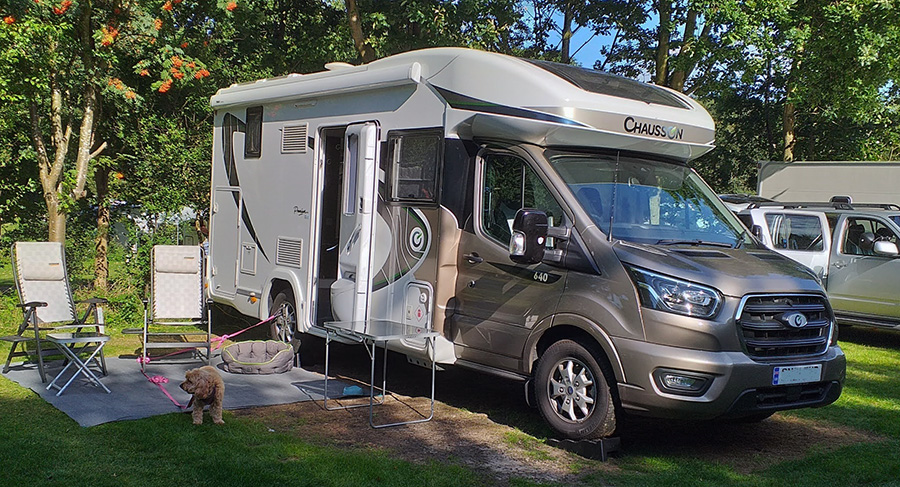 Gorgeous weather from Norfolk, albeit a few weeks ago. Alice and Dad mini road trip.  Saturday and Sunday nights we stayed at Incleboro Fields CAMC site near Sheringham in Norfolk. Motorhome quick setup with teamwork, 20 mins from arriving, chairs are out and Alice sorted cupboards in a few minutes. Loving the 640, its so easy compared to towing our previous caravan which we did love, but just moved on and want to travel more. Weather in Norfolk was gorgeous.

Funny on the drive up to Norfolk, Alice really got into the swing of being expert waver at motorhomes coming in the other direction. I was informed i wave too late.. must be an age thing or maybe because i was intently concentrating on driving. I'll take the latter. Sheringham and Holt visits.... Steam train to holt, market on. First class carriage to ourselves. Note to myself, "Wild Norfolk" a very tasty pint - try and find locally.

Monday morning we pushed off from Incleboro and headed to White House Beach CAMC site at Kessingland, just south of Lowestoft for one night only. Couple of miles on route as we stopped at Cromer for a few hours. Parked the motorhome in the large carpark on top of the cliff just outside Cromer, another Chausson next to us and headed along the path with Flora toward the town.

We saw the goats grazing on the cliff side, along the promenade, weird for sure, some kind of  goat that can also climb trees apparently.  Grabbed pot of cockles as made our way through town to the pier. One of the few piers that allows dogs.  After our couple of hours in Cromer, we hit the road and headed south east toward Lowestoft, our journey interrupted twice by stops at two Aldi stores in our search of Bao buns, those elusive but soft and tasty steamed buns that go so well with pulled pork. Slightly apprehensive about finding parking at Aldi it turned out pretty easy,  i just sat in the motorhome whilst junior went hunting for the bao buns. The search failed... we moved on, although shopping was not in vain as Alice returned with a small table for her flat. Not sure that was on the list, the danger of the magic aisle.

One night spent at White House Beach CAMC site at Kessingland which is right next to the beach. One side of the site is literally at beach edge. When we checked in we hoped to get onto that side but was not to be, "full up" the guy said. Some hours later we walked over there, an empty pitch.. but hey ho. The site is kind of in the middle of nowhere, a pub and a restaurant. The pub certainly didn't take Alices fancy and the restaurant, which looked ok and has very good reviews was shut. No matter to us as we had a motorhome full of food.

After quickly setting up, which took no time at all as we travelled with pretty much everything in the cupboards we set about going for a walk along the beach. Beach is stony and broad, with a few scatterings of old fishing machinery from past times.  Shortly before midnight i had the idea to go to the beach side and see the ships out at sea lit up. Alice took a bit of convincing but graciously agreed and came with me. Something about looking out to sea at night with lights glinting in the distance. The sky unfortunately was overcast so no stars to see. Fifteen minutes later we were again back warm and cosy in the motorhome.

Leaving site the following day, we detoured via Southwold and parked up about two minutes walk from the pier, wouldn’t dreamed of parking up with our previous caravan. Ten motorhome bays. Southwold also allows dogs on the pier. Spent couple of hours or so in the town, including supporting a local fish and chip shop. Had to be done, but only a single portion of chips! 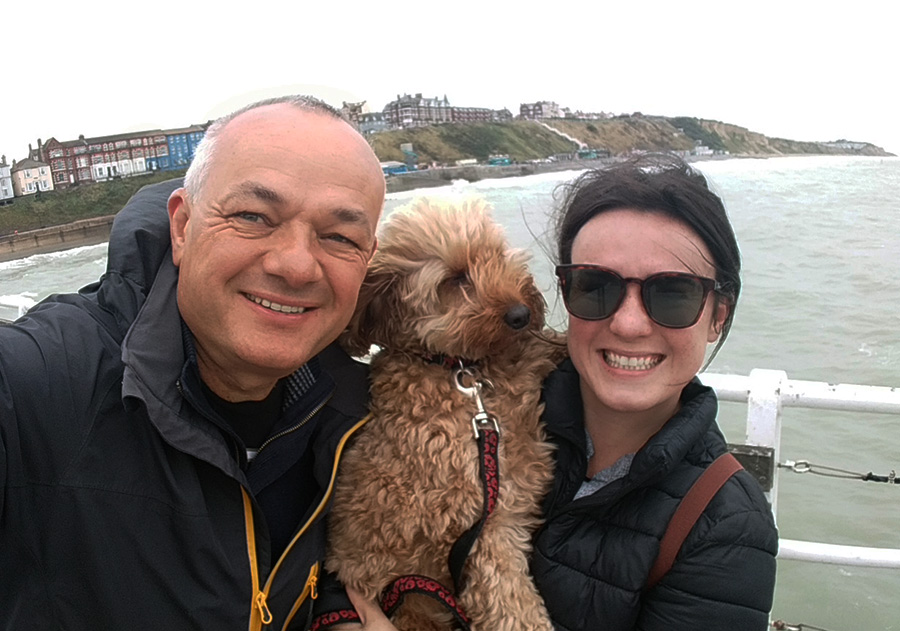 Fantastic few days, in a fantastic motorhome with fantastic daughter. Motorhome makes it so easy to get away spontaneously.

Learn about the difference between Titanium VIP and Titanium Premium!